Welcome to Science Visions, Vol. 2, and here’s to a new decade for the Women’s Caucus!

Alisa Bokulich is Professor of Philosophy and Director of the Center for Philosophy and History of Science at Boston University. She serves as the Chair of the Underrepresented Philosophy of Science Scholars Steering Committee. Science Visions interviewed her to learn more about UPSS and hear about her experience developing new programming aimed at improving the PSA’s diversity and inclusivity through an initiative that began in the Women’s Caucus.

The UPSS website launched last month. How did this initiative get started?

The Underrepresented Philosophy of Science Scholars (UPSS) Initiative is an exciting new set of programs sponsored by the Philosophy of Science Association designed to support minority scholars in their professional development and to increase the diversity of the PSA.  The program got its start in 2016 as a small subcommittee of the Women’s Caucus consisting of Jessica Pfeifer, Soazig LeBihan, Ayelet Shavit, Darcy McCusker, and myself as Chair.  Our initial mission was to liaise with MAP (Minorities and Philosophy), offer mentoring, and coordinate a MAP cognate society session at the PSA Biennial Meetings.  We did that successfully, but it was on a very small scale.  We wanted to expand the program beyond MAP, and have a program that was not just piggybacked on another organization, but was distinctively the PSA’s.  So in my (then newly-elected) capacity as a member of the Governing Board of the PSA I proposed, on behalf the committee, at our spring 2018 GB meeting that the program be adopted as a formal PSA initiative and be named UPSS.  The proposal was enthusiastically endorsed by the rest of the Governing Board and (then) PSA President Sandy Mitchell and President-elect Alison Wylie.  We then set to work putting together a mission statement, designing a logo, and hammering out the details of the various programs we wanted to offer as part of the UPSS Initiative.  We have recently expanded the UPSS committee, adding Kareem Khalifa and Megan Delehanty as well.

What programs does UPSS currently offer?

The UPSS Initiative currently offers four programs: the Mentoring Program, the UPSS Delegate Program, the UPSS Session at the Biennial PSA Meetings, and Travel Grants.  The flagship initiative is our mentoring program, which is available to scholars from underrepresented groups at all career stages, from undergraduates thinking of applying to graduate school in the philosophy of science to Assistant Professors building their tenure dossiers.  Mentees are paired with a senior scholar in the field who can help advise them on any needed aspects of their professional development.

The third program we currently offer is a dedicated UPSS Session at the PSA Biennial Meeting.  All scholars who are participating in the Mentoring Program are eligible to submit a paper, and the top three papers will be selected for presentation at the biennial meeting.  The motivation behind the UPSS session is threefold: First, it gives UPSS mentees and mentors a concrete goal to work towards together, should they be so interested.  Second, mentees learn not just how to write a good philosophy of science paper, but also how to prepare and present a successful talk, and how to field questions (thereby getting further expert feedback on their ideas from the PSA audience in the Q&A).  And third, it provides an annual cohort of UPSS scholars at the meeting, who could gain further support through knowing each other.

The fourth program offers travel grants to UPSS scholars at all these stages to help defray the costs of attending the PSA meeting.  More generally, all these programs are designed to provide a stable pathway “up” for underrepresented scholars in the field and thereby also to “up” the diversity of the PSA and profession—hence UPSS!

What does that mean for members of the Women’s Caucus? How can interested folks get involved?

The UPSS Initiative is a great resource for all members of the Women’s Caucus and also provides opportunities for members (and other friends of the Caucus) to get involved, not just as mentees, but also as mentors to those who are at earlier career stages.  So for example, if you are an advanced graduate student in the philosophy of science, you could volunteer to be a meeting Host for an UPSS Delegate or to mentor an undergraduate or beginning graduate student, as well as receive mentorship from a senior faculty member.  No special expertise is required to be a mentor, other than a willingness to share your own experiences and insights into navigating the profession.  Many mentors have told me that they themselves have also benefited in many different ways from being a part of a mentoring relationship.

What is your biggest hope for UPSS?

We have already paired over twenty underrepresented scholars with mentors and would love to see that number continue to grow.  My biggest hope is to see more members of the profession become involved in one or more of the UPSS Initiatives as either mentors, mentees, or both!

What challenges have you faced in getting the program going?

The two biggest challenges we face are raising funds to support the UPSS travel grants (right now we only have funds to provide minimal grants, but for many members of underrepresented groups, coming from less well-funded colleges and universities, these partial grants may be insufficient) and recruiting enough volunteers to serve as mentors.  We have had a great turnout of mentors who are themselves members of underrepresented groups.  Although members of these groups have many important experiences and insights to share, they are often disproportionately called upon to do the work of increasing diversity.  Addressing the structural inequalities and implicit biases in our field is something we all have a responsibility to do, so it would be great to see a broader participation among volunteers.  Recruit your friends and colleagues!

What can PSA members expect to see from UPSS at the Baltimore meeting and beyond?

Look for the UPSS Delegates and other travel grant recipients at the meeting in Baltimore and welcome them; show your support by attending the UPSS Symposium Session and giving constructive feedback; find one of the UPSS Committee members at the meeting and share your great ideas on how to further expand and improve the UPSS Initiative.

Is there anything else you’d like us to know?

Visit our new website and get involved!  This is your PSA—help make it the association you want to see it become! 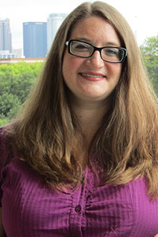 Vanessa Bentley is a philosopher working in Philosophy of Science, Philosophy of Neuroscience, and Feminist Epistemology.  She is a Visiting Assistant Professor in the Department of Philosophy at the University of Alabama at Birmingham.

Vanessa’s undergraduate degree, from Hiram College, was in Psychobiology and Philosophy.  After spending two years as a research assistant in a neuroimaging lab at Carnegie Mellon University, she moved to the University of Cincinnati where she completed an MA in Women’s, Gender, and Sexuality Studies and a PhD in Philosophy writing both an MA thesis and a dissertation on feminist philosophy of science. [VB1] [JW2] [JW3]  Vanessa’s theses were advised, respectively, by Beth Ash and Angela Potochnik, and by Rob Skipper.  After graduating, Vanessa spent two years at Centre College as a Visiting Assistant Professor before starting her current position.

Vanessa has published on a number of topics, including mental rotation and methodological practices related to investigating spatial reasoning and the neuroimaging of sex/gender differences.  One of her papers addresses the long history of work trying to find sex/gender differences in the corpus collosum.  She has also published in the Journal of Arachnology on the spider Hysterocrates gigas.  Vanessa has travelled widely to present this work.

The work of philosophy Vanessa has read most is, “The Importance of Feminist Critique for Contemporary Cell Biology” written by The Biology and Gender Study Group.

What We Wish We'd Known: Transition from Grad School to Postdoc Outside Philosophy with Laura Cupples

What We With We’d Known is an opinion column that features advice from Women’s Caucus members about a particular aspect of surviving academic life. In this issue, Laura Cupples, a postdoctoral research fellow with the Collaborative on Health Reform and Independent Living at Washington State University, shares her experience transitioning from being a graduate student to being a postdoctoral research fellow, as well as her wisdom working in an interdisciplinary setting. To suggest future topics or volunteer as a writer for a future column, contact Kino Zhao at yutingz3@uci.edu. 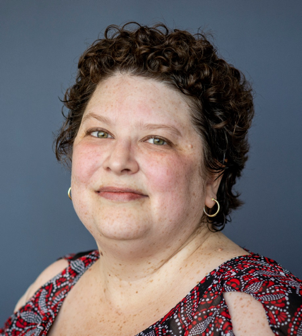 I’ve been asked to write a bit about my transition from graduate school to postdoc, but my experience was a little unusual.  I finished my doctorate in philosophy (mostly philosophy of science and medicine) in at University of South Carolina in May of 2018 and started an 18-month postdoctoral research fellowship with the Collaborative on Health Reform and Independent Living (CHRIL) in the health policy department at Washington State University - Spokane later that summer.  The research group I joined worked specifically in disability policy, and over the last year and a half I’ve developed a new research program in philosophy of disability.

Being an early career philosopher in a department with a bunch of health policy folks was a challenge. The Spokane campus of WSU is dedicated solely to health sciences, so I was the only philosopher on campus.  While my colleagues were kind and supportive, they weren’t really sure how to help me with my work, and I wasn’t well equipped to help with their research either.  I had to learn to communicate what I was doing to a more general, interdisciplinary audience, and I had to become fluent in the language of another discipline as well.  For the first year in my position, I mostly worked independently on my own projects (getting dissertation chapters published and making a start on a new research program).  In graduate school, I’d been able to discuss ongoing work and share drafts with my advisors.  Now I had to reach out to colleagues outside my home department and find other venues to help develop my ideas. Thankfully, I found an adoptive home in the philosophy department at Gonzaga a few miles from WSU.  I also managed to connect with other philosophers in my subdiscipline at other universities, primarily through social media.

I had the most success connecting with my colleagues in the last 6 months of my postdoc. As my independent study in health policy wrapped up,  I started a reading group with the colleague who had been teaching me.  She and I switched things up and started reading philosophy of disability together and sharing perspectives across disciplines.  I also began working on our research group’s Disability Stories Project, a qualitative research project on disability benefits, employment, and independent living.  I’m leaving my postdoc with a special respect for philosophers who successfully work across disciplines.  I’m also hopeful that I can continue collaborating with one or two of my colleagues from my fellowship at WSU over the next few years. My advice, particularly to early career scholars working in interdisciplinary contexts, is to be persistent about getting involved in projects outside your comfort zone.  It may take a while to break in, but it’s worth it – not only for the chance to learn a new skill set, but also for the chance to bring a new perspective to your philosophical work.

Thanks for reading Science Visions! Find out more about the PSA Women’s Caucus at https://womenscaucus.philsci.org/.