Science Visions, Vol. 1, No. 4: Data on Women in Philosophy, Sabina Leonelli, and Getting Involved in Conferences

Welcome to the final installment of Science Visions, Vol. 1!

Conference and workshop seasons are fast approaching! The Women’s Caucus can help you in the planning and advertising of your event. Please contact us for assistance with any of the following:
Contact Janella Baxter at Janella.baxter@gmail.com if you’d like help using any of our resources.


Feature: Women in Philosophy of Science: Then and Now
By Evelyn Brister and Daniel J. Hicks

Although women make up a small percentage of philosophers of science—and made up an even smaller percentage in the 20th century—they have made significant contributions.

We performed a bibliometric study identifying author gender for most journal articles published in philosophy of science— over 39,000 articles and book chapters from 1930 to the present. We found that before 1950, less than 2% of authors were women. But as of 2010, at least 17% of authors were women. Though this is a lower percentage than in many comparable academic areas (lower than both philosophy and science), it indicates that women publish articles in philosophy of science at about the same rate that they join the PSA, which had 17% women members as of 2014.

At the 2018 meeting of the PSA in Seattle, women made up 35% of symposium presenters and 17% of authors of contributed papers. (Symposia proposals are reviewed with knowledge of presenters’ identity, and diversity of gender, race, affiliation, nationality, and rank are valued by the program committee. Contributed papers are reviewed without knowledge of author gender.)

These data show that women’s membership in PSA, participation at the conference, and the journal article publication rate are in accordance with each other. However, women’s participation in philosophy at large is 26% according to the American Academy of Arts and Sciences, and this difference should lead us as a community to continue to think about pipeline problems and ways to recruit women students to philosophy of science and then retain and support them as faculty and researchers.

Besides publishing research, women have also played important leadership roles in the development of our field. Although women did not have a large presence in the early days of the professionalization of philosophy of science, they participated in key events. In 1933, Susan Stebbing was on the first editorial board of Philosophy of Science; May Brodbeck joined the editorial board in 1959. In 1979 Mary Hesse became the first woman President of the PSA; the second, not until 2009, was Nancy Cartwright. In the last decade, the PSA has had six Presidents, four of whom have been women (Nancy Cartwright, Helen Longino, Sandy Mitchell, Alison Wylie). The association’s journal, Philosophy of Science, has had several women editors-in-chief, including Merilee Salmon, Noretta Koertge, and, currently, Andrea Woody.

Recent support for women members of the Philosophy of Science Association, the activities of the Women’s Caucus, and increased inclusion of women on the Governing Board and in the Association’s leadership has surely supported the recent increase in women’s participation in philosophy of science.

Evelyn Brister is Associate Professor of Philosophy at Rochester Institute of Technology. Daniel J. Hicks is Assistant Professor of Cognitive and Information Sciences at UC–Merced. 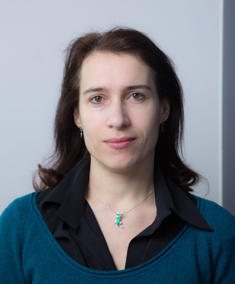 Sabina Leonelli is Professor of Philosophy and History of Science at the University of Exeter. She co-directs the Centre for the Study of the Life Sciences, and also heads the “Data Governance, Algorithms and Values” strand of the Institute for Data Science and Artificial Intelligence. Sabina’s research is in the history and philosophy of biology, science and technology studies, and general philosophy of science.

Sabina did her undergrad work in philosophy of science at University College London, followed by a Master’s degree at London School of Economics in History and Philosophy of Science.  Afterwards, she moved to the Netherlands to complete her PhD at Vrije Universitat Amsterdam, working on the project “Understanding Scientific Understanding” with Henk de Regt and Hans Radder.  She joined the faculty at Exeter in 2008.

Sabina’s current research is supported by grants from the European Research Council, Alan Turing Institute, and Australian Research Council.  It takes several tacks.  One focuses on the use of big data in scientific discovery.  Another looks at how open science initiatives influence knowledge production.  And yet another considers the historical and current roles of organisms as models in science.  These strands come together in her work on the plant sciences, including on classification in plant biology, and on specimen data. This interdisciplinary research has led Sabina to publish across fields in the social, biological, and data sciences, including a 2016 book, Data Centric Biology: A Philosophical Study.

Sabina is a Fellow of the Alan Turing Institute in London and she has just been elected member of the Académie Internationale de Philosophie de la Science. She serves the discipline as Editor-in-Chief of History and Philosophy of the Life Sciences, Associate Editor of the Harvard Data Science Review, and vice-president of the European Philosophy of Science Association.  Furthermore, Sabina’s service extends more broadly, reflecting her interests in science policy.  This includes extensive work with governing bodies on Open Science initiatives and on the impact of big data on the sciences.

I asked Sabina what is her favorite paper she has written.  It was one she worked on as a PhD student, and published in Biology & Philosophy, titled, “Performing Abstraction”.  The paper uses ethnographic tools to look at the practice of abstraction in plant biology.  Though Sabina received pushback for using social scientific methods to study scientific activities, the paper received the Marjorie Grene award.  Which, Sabina says, “was a dream come true given my boundless admiration for that indomitable, ingenious thinker”.

To unwind from philosophy she…does not.  Sabina has two young kids, and will unwind once they’re older.

To nominate an excellent woman philosopher of science as a future Highlighted Philosop-Her, fill out the form here.

What We Wish We'd Known: Organizing Conferences
By Angela Potochnik 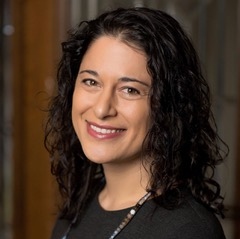 One of the choices every academic faces, often starting in graduate school, is how active to be in organizing conferences, workshops, and the like. Here are a few considerations you might want to keep in mind when deciding whether and to what degree to pursue event organizing and whether to agree to accept an opportunity to organize when one presents itself. First, I’ll say explicitly, though this probably won’t come as a surprise to many: planning events can take an incredible amount of time and effort. Some people thrive on that, but for others, this can take up time in the work day that they would like to—or should—put toward something else. (For the most part, I’m in the latter group.) I also find that if I’m involved in the logistics of planning an event, I have a hard time focusing on the actual philosophy going on, which diminishes one of the benefits that can come from organizing events.

Upsides to organizing conferences, workshops, or the like can include the opportunity to gather together people who you really want to hear speak, or who can address a topic you want to hear addressed. You are also contributing to your visibility by serving as the organizer, though I suspect early-career philosophers tend to overestimate the value of this (while underestimating the amount of scutwork organizing will involve). You also create a special role for yourself in the event, which can be enjoyable. These are self-interested considerations. There are also pro-social upsides, such as contributing to your academic community and, at least in a subtle way, shaping the field in virtue of the sort of event you dream up or put your energy toward supporting.

In any case, I think it’s a good idea to keep in mind your answers to the following questions when making the choice of whether to put your work toward an event. What do you gain (personally or professionally) from organizing the event? What do your communities (local academic community, local broader community, and/or broader academic community) gain from this event, and from you playing an organizational role in the event? How are these communities served by the event taking place? And, what in your life (professional and personal) will the time you spend organizing replace?

What We With We’d Known is a short opinion column that features advice from Women’s Caucus members about a particular aspect of surviving academic life. In this column, Angela Potochnik, an Associate Professor of Philosophy and Director of the Center for Public Engagement with Science at the University of Cincinnati, shares her wisdom concerning the values and challenges of organizing conferences, workshops, or similar events. To suggest future topics or volunteer as a writer for a future column, contact Kino Zhao at yutingz3@uci.edu.

Thank you for reading Science Visions, and good luck with the beginning of term to all those on fall-start schedules. We’ll see you in November with Volume 2! Do you have feedback about the newsletter or suggestions of topics or individuals you'd like to see in a future issue? Would you like to get involved with the production of Science Visions? Contact Julia Bursten, jrbursten@uky.edu.