Call for Interviewees: Inclusivity and Future of the Women’s Caucus
The Inclusivity and Future of the Women's Caucus Project seeks to understand the current and future role of the Women's Caucus within the Philosophy of Science Association. At the most recent meeting of the PSA Women's Caucus, members raised possible future directions for the caucus including: being more intersectional; maintaining a women-focused space; broadening the mission and name to include members of other marginalized groups. In order to propose concrete policies, we are conducting interviews to gather views from both current PSA members and potential PSA members. We would like to hear from you about the best future directions for the PSA Women's Caucus, even if you are not currently a member. Please contact Morgan Thompson at morganthompson28@gmail.com if you would like to be interviewed. 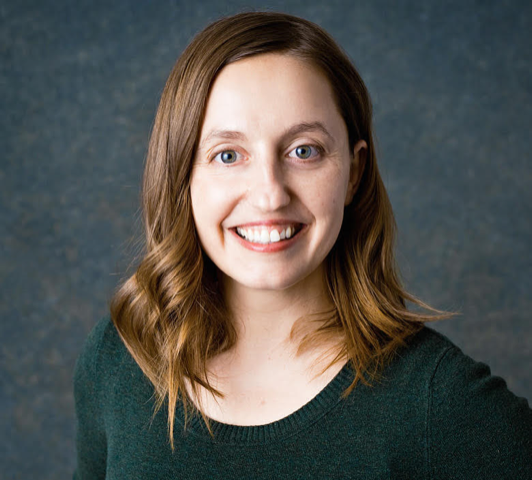 Marta Halina is University Lecturer in the Department of History and Philosophy of Science at the University of Cambridge.  Marta is a philosopher of biology and a philosopher of cognitive science, whose research focuses on animal cognition and mechanistic explanation in biology.  She is currently Program Director for the Leverhume Center for the Future of Intelligence, and is a Fellow of Selwyn College.

Marta has published on topics ranging from ape pointing and gestures, to mechanisms, to null hypotheses in statistical testing, to animal mind-reading. This year she has two papers in Nature, one on the use of human psychologistic terms in AI.  The second is about the Animal AI Olympics, which she co-organizes, and which will test the abilities of AI to complete tasks previously performed by animal subjects.  Says Halina, “I'm excited about these projects because they have the potential to steer scientific and technological thought and practices in new directions. I think it's important that philosophers play a role in guiding the future of science and technology.”

Marta has traveled widely to present her work.  In 2016, she was part of the Women’s Caucus Prize Symposium.  In addition, she has emphasized public engagement by giving public lectures on AI and animal cognition, and giving media interviews on her work.

I asked Marta what she does when she isn’t busy with philosophy.  Her response?  “I enjoy running and hiking - they both help clear my head. I’m also a board game geek and like playing the guitar - they let me be creative and playful in ways different from doing philosophy.”

In addition, Halina says that the works of philosophy she has read the most have been those of her graduate students.

To nominate an excellent woman philosopher of science as a future Highlighted Philosop-Her, fill out the form here.

One’s experience of the social world is importantly shaped by existing social practices, institutions, and systems of thought. Changes in any of these can produce changes in one’s experience of social reality. In the last three years, the U.S. has witnessed significant political upheaval and instability (more on this below). In this post, I will describe how recent changes in U.S. tax policy has shifted the experiences of contingent employees in philosophy and is increasing inequality in our community. This is likely to be only one way in which the current administration’s policies have impacted members of our community. Thus, one of my aims in this post is to prompt an ongoing conversation about inequality in philosophy more generally. Another aim is to call our community to action by proposing several policies that can address the problems I discuss.

Changes to federal tax policy in 2018 have directly impacted me as a postdoctoral research fellow – and I’ll argue below, many others as well. Before 2018, individuals moving a substantial distance for employment could claim moving expenses on their federal income tax as a deduction provided their new employer did not offer moving compensation. This deduction has been significantly narrowed since the current administration’s new tax policy. Now the deduction is only available for military members. For academic appointments that provide moving compensation, this is not a problem. However, it is a problem for many temporary appointments in academia. Since the current administration has been in office, I’ve had two postdoc positions. Relocating to both positions required significant moves on my part. While my postdoc positions have been incredible and enriching opportunities, neither was able to offer monetary help with my relocation. Before the new tax policy, established university employment policies for temporary academic positions were buttressed by the moving expense tax deduction. (An interesting historical question to ask is whether this interaction between university and government policy was intentional.) But U.S. tax policy has been reformed in ways that undo the safety net upon which academics in temporary positions relied.

I think this sheds light on a deeper structural problem inherent to academic life. When describing the current governing administration above, I used the language of “significant political upheaval and instability.” But several of my colleagues – all of them women of color and members of the LGBTQ community – have impressed upon me the following: what appears like a sharp disruption to American life to me, to them appears like a continuous descent down a treacherous path American politics has been following for some time. This prompts me to ask how my experience merely represents an ongoing, continuous pattern of inequality in academia. Postdocs are not the only members of our community who move far distances for temporary appointments with little to no support. Perhaps the most vulnerable group of philosophers who are likely to encounter this problem are graduate students from low-income backgrounds. Graduate students also move – sometimes great distances – to begin their studies. Sometimes, they move great distances several times if they attend different schools for their masters and doctorate degrees. More importantly, neither federal tax policy nor universities offer monetary compensation for graduate student relocation. Since relocation for graduate school hasn’t (traditionally) counted as relocation for work, the moving tax deduction has not been available to graduate students. Since income status is rarely reported during the admissions process, it can be challenging for philosophy departments to identify the students for whom relocation is a substantial burden. Furthermore, as low-income often intersects with race, gender identity, physical/mental ability, etc., this burden has likely been disproportionately shouldered by some of the most marginalized members of our community.

The significance of this inequality falls along various dimensions. Frequent relocation is often required early in one’s academic life when the demands of demonstrating one’s philosophical acumen are especially great. Moving costs that low-income members of our community disproportionately shoulder can present additional challenges to their success at this crucial time in their careers. One way departments can (and some already do) address this issue implicitly is by directing newcomers to affordable housing options. This is a thoughtful first step. However, it does not address the cultural significance that disproportionate moving costs create for contingent employees and graduate students. A general silence about income inequality within our community can create unspoken norms that imply relocation costs are natural, normal, and not a real burden. This can have a deeply alienating effect on an already marginalized group. It also puts the onus of negotiating for relocation aid on individuals who are likely to be inexperienced on this front. Moreover, differences in power and authority can make an employee extremely uncomfortable broaching this subject with their employer.

Our institutions of higher learning are under threat in a myriad of ways; however, there are a few simple policies that our community can implement to better address this problem. One proposal I’d like to make is that departments hiring contingent employees and graduate students be the initiators of frank and explicit conversations about relocation costs. Breaking the silence about the economic hardship of relocation has several benefits. It makes negotiating hiring terms a normal part of academic life. Furthermore, it has the power to transform a culture that regards relocation costs associated with academic life as unproblematic. Another proposal I’d like to make – with special thanks to Nina Atanasova for the suggestion – is for the philosophy community to begin an emergency relocation fund that is distributed to individuals on a need basis. Established members of the community can contribute voluntarily to the fund. Responsibility of collecting and distributing funds can be managed by departments and professional organizations (like the APA, PSA, etc.). Ultimately, the aim of these proposals is to make professional philosophy truly welcoming of individuals from diverse backgrounds.

I expect that members of marginalized groups in philosophy have diverse perspectives on how shifting social practices and systems of thought are perpetuating and changing existing inequalities in our community. I’m sure there are even more lessons I can learn from hearing their stories. This post is an invitation for others to continue this and other related conversations so that we don’t miss out on opportunities to make our community more just.

Note: If you’d like to help organize an emergency fund or make a donation, please contact the author at janella.baxter@gmail.com.

Acknowledgements: I would like to thank Nina Atanasova, Serene Khader, Chelsea Haramia, Hyacinth Piel, and Tyler Jane Griffiths for their particularly apt insights both in written comments and personal discussion.

Janella Baxter is a Postdoctoral Research Fellow at the University of Pittsburgh, Center for Philosophy of Science. 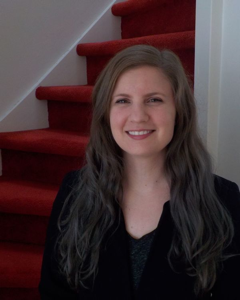 The job market is super stressful and I'm sure anyone who is reading this has already sought out (and hopefully received) tons of great advice. I'll just add a couple smaller, but easily overlooked, pieces of advice that I think would have made a big difference for me. First, don’t try to submit too many applications in one day. Each application can take a lot out of you even if you already have all the materials prepared, with checking all the details of the information you have to enter, making sure you attached the right documents, stressing out about whether they’ll interview you, overthinking how you worded your cover letter, etc.

My experience was that, after doing all this for the fifth time, I couldn’t even remember how to spell my letter writers’ names (which I normally know how to spell!) and had to google them as a sanity check that, yes, “Simon” is spelled S-i-m-o-n. Second, (mentally) prepare yourself for the topic of the job market to come up at conferences. I think it might sound fairly obvious that this could be a topic of conversation, and you’ve probably heard people talk about it at conferences before, but I don’t think I realized how different an experience it can be while actually on the market. It just brings all the stress and anxiety to the surface in a situation where you’re probably trying to act composed around people don’t know very well. I’m not sure I have any ready advice for how to prepare for this, but I also think it’s so much worse when it catches you by surprise. If it helps, commiserate with others ahead of time instead!

What We Wish We’d Known is a short opinion column that features advice from Women’s Caucus members about a particular aspect of surviving academic life. In this column, Hannah Rubin, an Assistant Professor in the Philosophy Department at the University of Notre Dame shares her experience with managing time and stress during job application season. To suggest future topics or volunteer as a writer for a future column, contact Kino Zhao at yutingz3@uci.edu.

Thank you for reading Science Visions. Coming up in August: A Bibliometric Study on Women’s Representation in Philosophy of Science, a new Highlighted Philosop-Her of Science, and more!