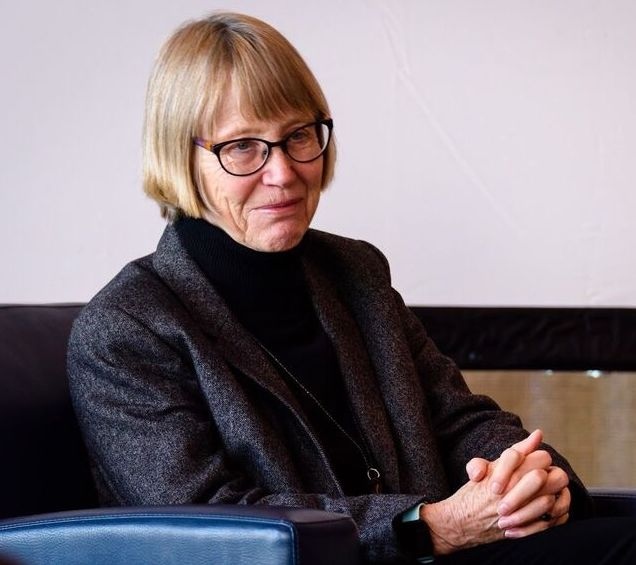 The Governing Board of the Philosophy of Science Association is pleased to announce that the recipient of the Carl Gustav Hempel Award for 2018 is Nancy Cartwright. The Hempel Award was established in 2012 to recognize lifetime scholarly achievement in the philosophy of science, and to acknowledge the example of scholarly excellence and congeniality set by Professor Hempel (1905–1997).

Nancy Cartwright is Professor of Philosophy at Durham University, and Distinguished Professor of Philosophy at University of California, San Diego.  She is known for her influential and distinguished teaching and research career at Stanford University, where she played a key role in shaping the Stanford School of philosophy of science, and at the London School of Economics and Political Science, where she was the founding director of the Centre for Philosophy of Natural and Social Science.

Prof. Cartwright‘s contributions are extremely broad, covering areas as diverse as the philosophy of economics, the philosophy of quantum mechanics, and the history of logical positivism.  In numerous books and articles she has given us trenchant insights on key philosophical topics such as causality, powers, measurement, laws of nature, idealization, models, and evidence.

Throughout her career she has challenged conventional wisdom and questioned philosophical stances that had been taken for granted.  Her first book How the Laws of Physics Lie (1983) famously critiqued the prevailing notion that the fundamental laws of physics are exactly true and directly applicable to empirical phenomena.  In The Dappled World (1999) she presented a picture of reality with diverse local domains of order, and of science as an enterprise of finding such domains and working within them.

In recent years her work has been driven by the conviction that philosophy should be concerned with issues that affect people‘s lives, that rigorous thinking should serve practical purposes.  In this spirit she has led the Centre for Humanities Engaging Science and Society (CHESS) at Durham University, and made deep investigations into socially relevant topics, especially evidence-based policy.  The fruits of this line of work include her co-authored books Evidence Based Policy: A Practical Guide for Doing it Better (2012, with Jeremy Hardie), and Improving Child Safety: Deliberation, Judgement and Empirical Research (2017, with Eileen Munro, Jeremy Hardie and Eleonora Montuschi).

Prof. Cartwright is a Fellow of the British Academy, a MacArthur Fellow, and a member of the American Academy of Arts and Sciences and many other scholarly institutions.  She has received numerous awards and honors including the Lebowitz Prize of the Phi Beta Kappa Society.  She has also given herself generously to the profession, serving as the President of the Philosophy of Science Association and as the President of the Pacific Division of the American Philosophical Association.

She has inspired and encouraged generations of students and mentees who have been playing their own important roles in academic and other realms of life worldwide.  Nancy Cartwright is legendary for her care and support for her students and junior colleagues, and for her promotion of women in academic life. 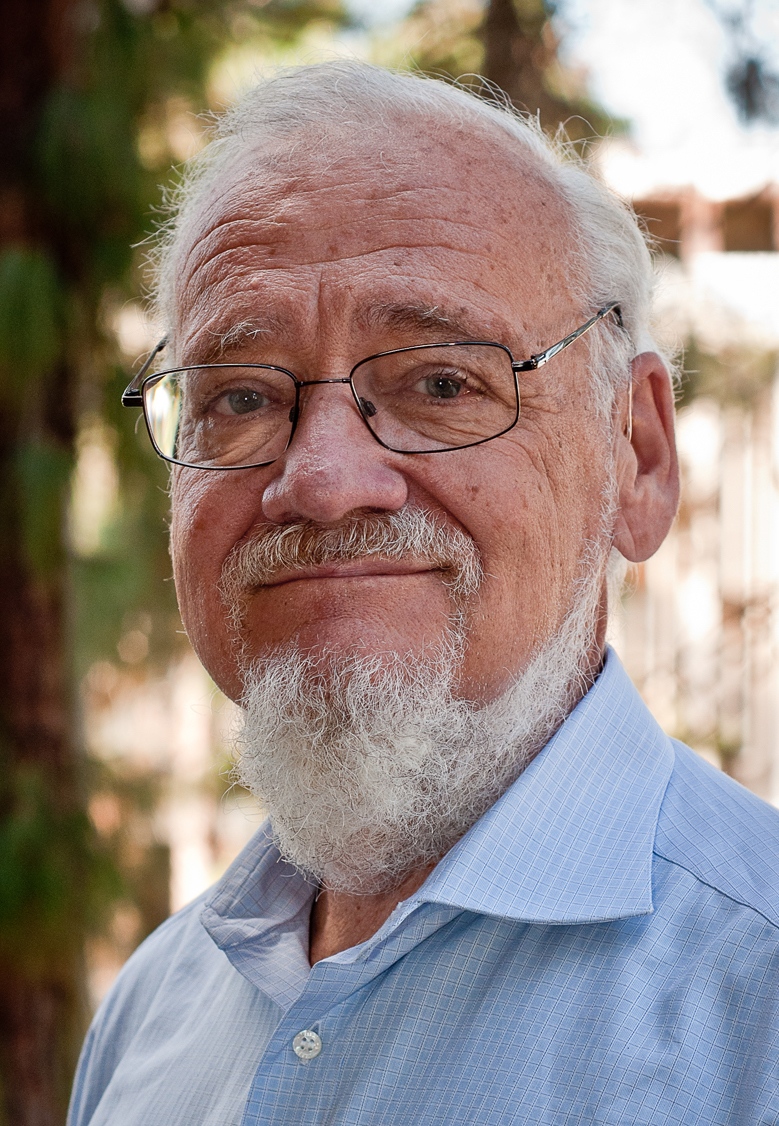 The Governing Board of the philosophy of Science Association is pleased to announce that the recipient of the Carl Gustav Hempel Award for 2016 is Brian Skyrms. The Hempel Award was established in 2012 to recognize lifetime scholarly achievement in the philosophy of science, and to acknowledge the example of scholarly excellence and collegiality set by Professor Hempel (1905-1997). Brian Skyrms is Distinguished Professor of Logic and Philosophy of Science at the University of California, Irvine, and Professor of Philosophy at Stanford University. He is the third recipient of the Hempel Award.

Skyrms has been a leader for many decades in the epistemological side of philosophy of science, and is a particularly central figure in debates about induction, Bayesianism, and subjective probability. His books in this area include Choice and Chance: An Introduction to Inductive Logic (four editions, 1966 to 2000), Pragmatics and Empiricism (1984), and The Dynamics of Rational Deliberation (1990), along with many classic articles. More recently Skyrms has done ground-breaking work on evolutionary models of social behavior, especially cooperative and communicative behaviors. His three elegant books in this area, Evolution of the Social Contract (1996), The Stag Hunt and the Evolution of Social Structure (2004), and Signals (2010) are already regarded as classics, and have initiated a large and exciting literature following his lead. With models that are always as simple as they could possibly be, but no simpler, Skyrms has changed the direction of discussions of meaning and information, and explored rich and unexpected mappings between evolutionary theory and decision theory.

Skyrms has written a total of six sole-authored books, co-authored one with Persi Diaconis, published two collections of papers, and edited or co-edited another seven books. He is a member of the National Academy of Sciences, a winner of the 1999 Lakatos Award, and was President of the PSA (2004-2006) and the Pacific Division of the American Philosophical Association (2000-2001). Lectures include the 2014 David K. Lewis Lecture, Princeton University, the 2013 Wesley Salmon Lecture, University of Pittsburgh, the 2010 Ernest Nagel Lectures Carnegie-Mellon University, the 2008 Jack Smart Lecture Australian National University, the 2006 Hans Reichenbach Lecture, UCLA, and the 2005 Ludwig Wittgenstein Lectures at the University of Bayreuth. He has also done a huge amount of work building the successful Logic and Philosophy of Science Department at UC Irvine, and has advised numerous students who are now teaching in leading departments around the world and who continue the Skyrms tradition of rigorous and creative philosophy of science. 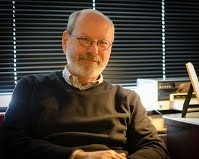 The Governing Board of the Philosophy of Science Association is pleased to announce that the recipient of the Carl Gustav Hempel Award for 2014 is Elliott Sober.  Professor Sober is William F. Vilas Research Professor and Hans Reichenbach Professor in the Department of Philosophy at the University of Wisconsin.  The Hempel Award was established in 2012 to recognize lifetime scholarly achievement in the philosophy of science and to acknowledge the example of scholarly excellence and collegiality set by Professor Hempel (1905-1997).

Professor Sober has played a formative role in the establishment of the field of philosophy of biology and has also made essential contributions to the topics of causality and confirmation.  He has brought standards of philosophical rigor, clarity, and deep knowledge of evolutionary theory to his philosophical practice, which inspired many younger philosophers to enter the field of philosophy of biology.  His books include the ground-breaking The Nature of Selection (1984), Reconstructing the Past– Parsimony, Evolution, and Inference (1988), Evidence and Evolution – the Logic Behind the Science (2008), and, with David Sloan Wilson, Unto Others – the Evolution and Psychology of Unselfish Behavior (1997).  Each of these books has initiated philosophical literature exploring and developing the issues articulated in them. Professor Sober publishes in scientific as well as philosophical publications, establishing the relevance of philosophy of biology to biologists, and the relevance of philosophy of science to scientists more generally.  His forthcoming book Ockham‘s Razors extends the treatment of the concerns of his first book, Simplicity (1975).

Professor Sober has also contributed to the profession's teaching mission by editing or authoring books intended for use in courses. Among these is his 1993 Conceptual Issues in Evolutionary Biology – an Anthology, for decades the indispensable textbook in philosophy of biology.  He has also ventured beyond philosophy of biology in the coauthored Reconstructing Marxism – Essays on Explanation and the Theory of History (1992).

The letters nominating Professor Sober for the award all spoke of his intellectual generosity, his open-mindedness, and his willingness and ability to listen.  As a trailblazing scholar and as an exemplary citizen of the scholarly world, he is indeed a fitting recipient of the 2014 Hempel Award for lifetime accomplishment in the philosophy of science.

The inaugural, 2012 Hempel Award was presented to Bas C. van Fraassen at the Twenty-Fourth Biennial Meeting of the Philosophy of Science Association. Bas van Fraassen, the McCosh Professor of Philosophy Emeritus at Princeton University and Distinguished Professor of Philosophy at San Francisco State University, is the chief architect of modern empiricism in the late twentieth and early twenty-first centuries. In four volumes — The Scientific Image (1980) (co-recipient of the 1986 Lakatos Award), Laws and Symmetry (1989), The Empirical Stance (2002), Scientific Representation (2008) — and dozens of articles, van Fraassen has produced a systematic account of science, constructive empiricism, which advocates a semantic approach to scientific theories and, on that basis, urges skepticism regarding laws of nature, anti-realism regarding unobservables, and pragmatism regarding explanation. In the three decades since its introduction, constructive empiricism has emerged both as a locus of outstanding scholarship in the philosophy of science and as an intellectual monument to Professor van Fraassen's exceptional philosophical insight, clarity and creativity. Professor van Fraassen has also made foundational contributions to subfields within the philosophy of science, in many cases not merely shaping these areas of research but helping to form them. This will be most evident to contemporary philosophers of physics, many of whom were introduced to the field by van Fraassen's An Introduction to the Philosophy of Time and Space (1970), and who almost certainly have his Quantum Mechanics: An Empiricist View (1991) on the shelf as well. But something similar is true for several other fields, notably the philosophy of probability and the philosophy of logic. Where van Fraassen has focused his attention, the invariable result has been a clearer and deeper understanding of the issues for all. Professor van Fraassen is a Fellow of the American Academy of Arts and Sciences, and has served as President of the Philosophy of Science Association, editor of the Journal of Philosophical Logic, and co-editor of the Journal of Symbolic Logic. In recognition of Professor van Fraassen's record of scholarly achievement and service in the philosophy of science, and in light of the great intellectual energy, generosity, egalitarianism and kindness that he brought to the philosophy of science (including, especially, his mentoring of graduate students and junior scholars in philosophy of science) the Governing Board of the PSA congratulates Professor van Fraassen on the occasion of the inaugural Hempel Award. At the invitation of the Governing Board, Carl Hempel's children, Miranda and Peter Hempel, presented this inaugural Hempel award prior to the PSA Presidential Address at PSA2012 in San Diego, California, November 15-17, 2012.